INDIANAPOLIS – More than 200 volunteers from Citizens Energy Group, Friends of the White River and other community organizations will spend tomorrow morning removing trash from river banks as part of the 30th Annual White River Cleanup.

“Citizens is privileged to sponsor the White River Cleanup, an essential annual event that complements our efforts to restore the river and area streams,” said President & CEO Jeffrey Harrison. “Our more than $2 billion investment in the DigIndy Tunnel System and collaboration with groups such as Friends of the White River are vital to restoring area waterways to their natural splendor.”

In 2017, Friends of the White River was named a Cleanup Champion by American Rivers for removing 42,000 pounds of trash during a cleanup. The organization’s Executive Director, Kevin Hardie, looks forward to celebrating the White River Cleanup’s 30th anniversary with another successful event.

“Friends of the White River is proud to have collected nearly 2 million pounds of litter, trash and illegally dumped debris along the river’s bank over the past three decades,” said Hardie. “Thirty years after the event began, we remain committed to cleaning up the White River to benefit the community both today and for years to come.”

This year’s event will be staged at the site of the former GM stamping plant. Ambrose Property Group plans to transform the 103-acre area into a thriving new downtown district, including office and retail space, a hotel, community green space and public recreational opportunities along the White River.

“Community collaboration is a top priority on this project, and that certainly includes working with the organizations and individuals focused on long-term viability of the White River,” said Mali Simone Jeffers, Director of Marketing and Community Initiatives at Ambrose Property Group. “We know that for this project to reach its greatest potential, we must create a more attractive environment for both residents and visitors to connect to the White River.” 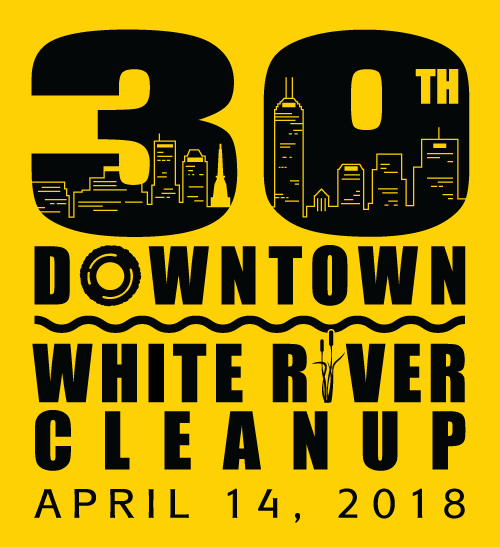 Citizens Energy Group provides safe and reliable utility services to about 800,000 people in the Indianapolis area. Citizens operates its utilities only for the benefit of customers and the community.