Citizens Energy Group estimates the intersection of Ohio and Pennsylvania Streets in downtown Indianapolis will reopen on Sunday. Citizens crews are working 24 hours a day to make repairs to a more than 100-year-old sewer line that collapsed 15 feet beneath the surface causing a large sinkhole to develop under the street on July 4.

Completing the repair of the 24-inch diameter sewer line has been complicated by the need to protect other utility lines located both above and below the collapsed sewer, including electric, steam, chilled water and multiple telecommunications lines. Assuming the repair work continues to progress well, the intersection is scheduled to reopen on Sunday. Citizens will provide further updates as the project progresses.

Even as these repairs are completed, Citizens continues to invest $10-$15 million annually to reline and replace about 15 miles of aging sewers. Steady annual investments in the sewer system, most of which is more than 50 years old, are designed to reduce the likelihood of sewer failures such as the one that occurred downtown. Since acquiring the sewer system in 2011, Citizens has invested more than $1.2 billion in the utility to upgrade aging infrastructure, expand treatment capacity and for the ongoing construction of the DigIndy Tunnel System that will eliminate sewer overflows to area waterways by 2025. 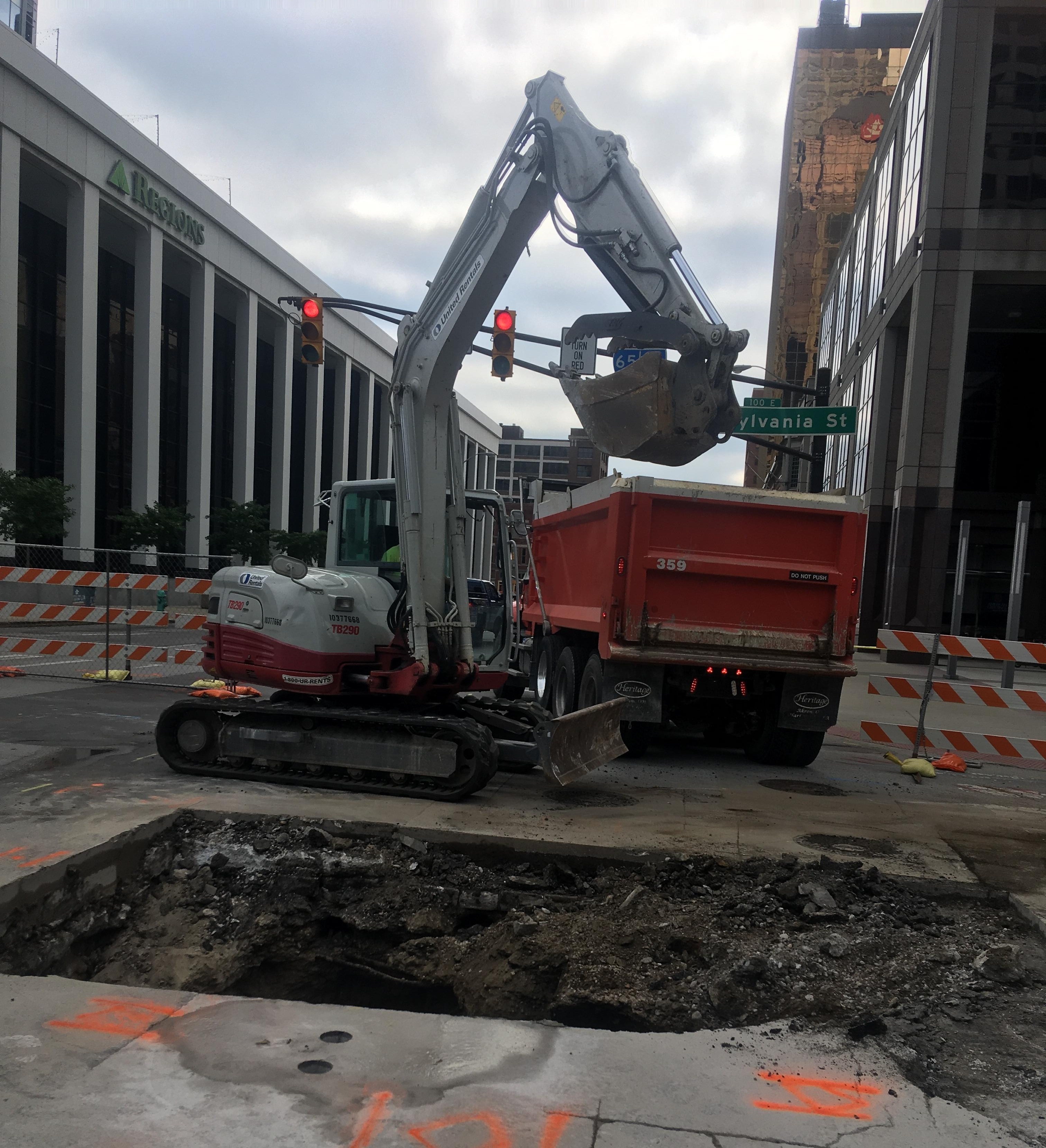