INDIANAPOLIS – Beginning April 2 and lasting through October 31, 2018, Shelby Street will be restricted or closed to through traffic between East Troy Avenue and East Southern Avenue as a result of construction for the DigIndy Tunnel System and the IndyGo Red Line. Detour routes will be clearly posted, and commuters should take precaution and follow all posted signage.

Major elements of the project in this area include underground infrastructure that will capture and divert combined sewer overflows to the Pleasant Run Tunnel, a portion of the DigIndy Tunnel System to be completed by 2025. Citizens’ work on this stretch of Shelby Street will also include the relocation of water lines, which may cause temporary service disruptions in the area. Residents and businesses will be notified in advance if their service will be impacted.

“Citizens greatly appreciates your patience as we continue construction related to the Pleasant Run section of the DigIndy Tunnel System,” said Citizens Energy Group President & CEO Jeffrey Harrison. “The first section of the tunnel system that opened in December 2017 has already prevented more than 87 million gallons of sewage from entering the White River and Eagle Creek across southern Marion County. When the entire system is complete in 2025, it will help clean up our waterways to levels not seen in more than a century.”

To learn more about how the DigIndy Tunnel System will improve our community, visit www.DigIndyTunnel.com. For construction updates, follow us on Twitter: @DigIndy. Visit www.CitizensEnergyGroup.com/Construction to view all projects on the Citizens construction map. 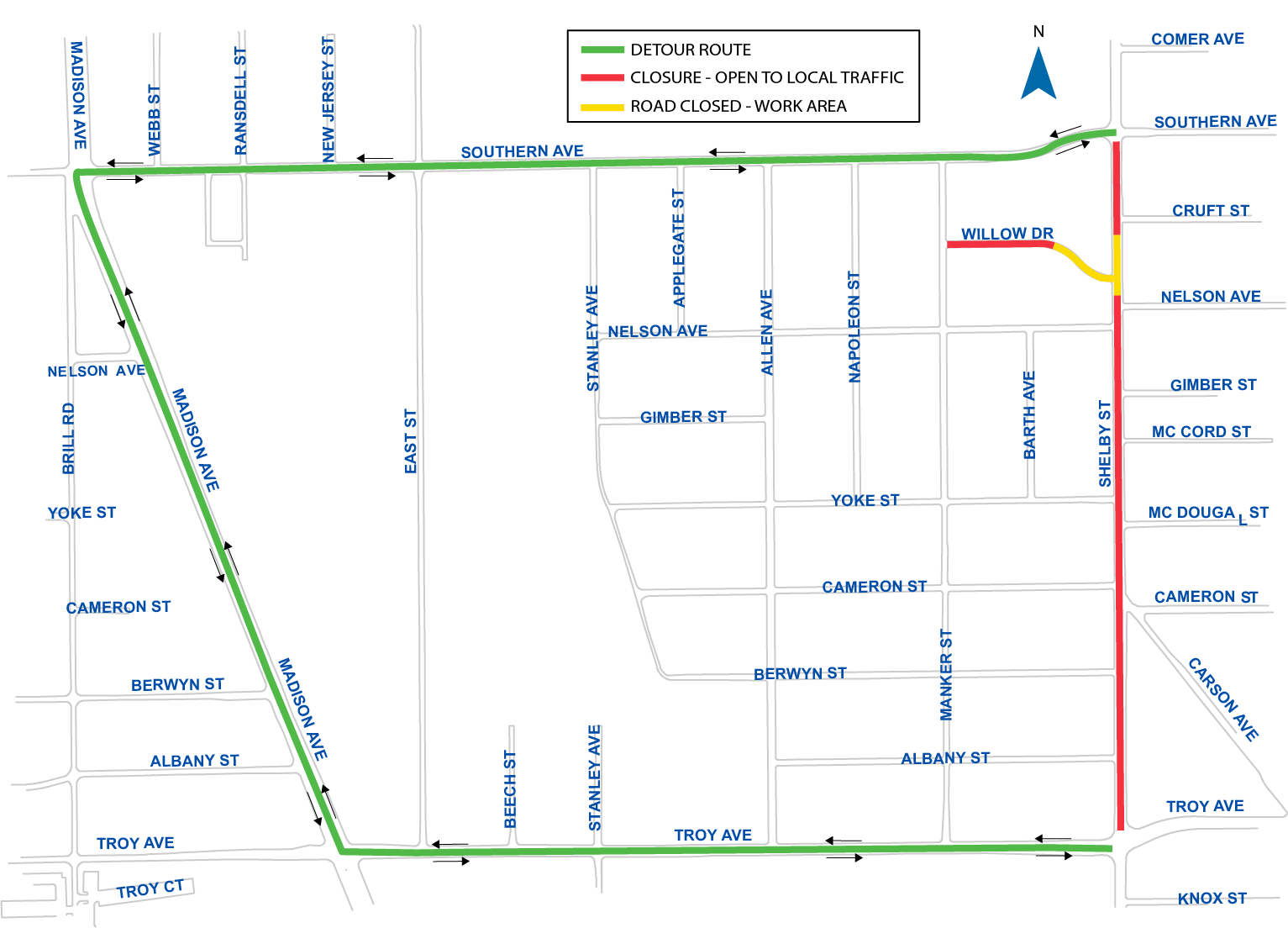